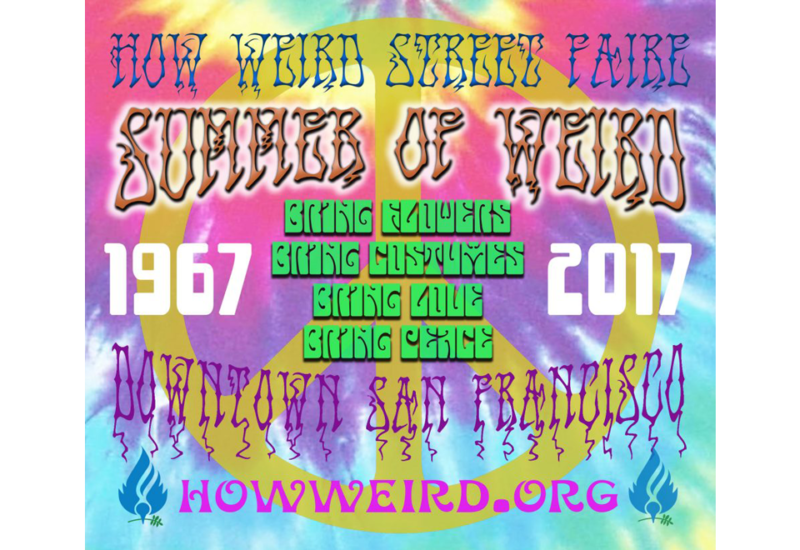 It’s time to dust off the tie-dye, bell-bottoms and tinfoil hats. The theme of this year’s How Weird Street Faire, which takes over several blocks of Howard Street in San Francisco’s SoMa on Sunday, May 7, is Summer of Weird. Learn More →

Huckleberry Youth Programs, the nation’s first shelter for runaways, opened its doors in 1967 as young people from across the country arrived in San Francisco during the Summer of Love. Huckleberry’s Haight-Ashbury residence became a home and support system for some of the new arrivals, who had fled their families and risked arrest for remaining on the streets. Fifty years later, Huckleberry has served more than 180,000 at-risk youth in San Francisco and Marin. We discuss the organization’s past and present work caring for Bay Area youth and families. Learn More →

Saturday, May 13, 2017 will be the 50th anniversary of the song “San Francisco (Be Sure to Wear Flowers in Your Hair).”  This mellow tune became the anthem of the Summer of Love in 1967 and continues to invite the world to come and meet “some gentle people with flowers in their hair.” The song and what it stands for will be celebrated throughout the city of San Francisco on May 13, 2017 as Flowers In Your Hair Day. Learn More →