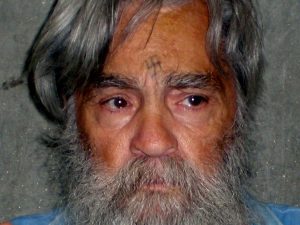 Fifty years ago, at the height of the “summer of love,” up to 30,000 hippies crowded San Francisco’s Golden Gate Park, dancing to the psychedelic music pioneered by bands such as the Grateful Dead. The event attracted thousands of young people to the Haight-Ashbury district in San Francisco — a small neighborhood that soon became the epicenter of a counterculture movement centered on the philosophy that chemistry and drugs could improve life experiences.

This was the complex environment that wrought Charles Manson, the notorious cult leader of the murderous Manson Family who would become a national obsession. I studied Manson, who died Sunday at age 83,while researching psychoactive drugs in the late ’60s, watching as he became an infamous symbol of the dark side in the summer of love — and helped to stunt progressive policies for decades to come.

The author of the piece, Dr. David Smith, founded the Haight Ashbury Free Clinic, which is now part of HealthRIGHT 360 in northern California.