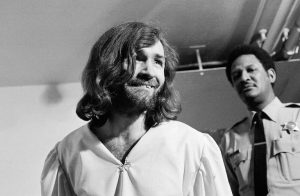 When Charles Manson died in November 2017, his name carried weight even among those who weren’t alive when he committed his crimes.

For decades, Manson was the symbol of evil, a real-life boogeyman who loomed as the American conception of wickedness incarnate. His death ended 48 years of imprisonment for a series of murders in August 1969, some of which he committed, most of which he ordered.

But his death also reminds us of Manson’s obsessive longing to make a name for himself. As I was researching my book on Los Angeles in the 1960s, I was struck by how fame – more than art, more than religion, more than money – motivated Manson as he careened from prison, to musician, to murder. In his way, he was an early adopter of something that permeates American culture today.