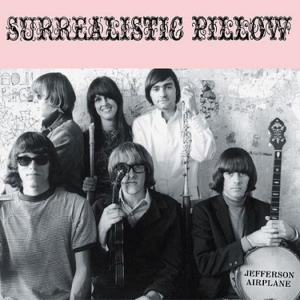 Don’t underestimate the Airplane, even if it’s easy to do. Sure, none of their other music exceeds the concise psychedelia of their best-known songs. Yes, they morphed into progressively lame versions of themselves throughout the seventies and eighties. And yes, their final iteration, Starship, inflicted the world with “We Built This City”, which might objectively be one of the worst songs of all time. Added together, these parts might as well make Jefferson Airplane just another relic. Yet their sum is so much more. Forget the Airplane, and you not only miss out on some fine music, but you also commit a minor act of historical amnesia. If you want to know how sixties music morphed from a battle cry to the soundtrack of Forrest Gump, Jefferson Airplane can reveal some clues. And the best place to start is with their definitive album, Surrealistic Pillow.