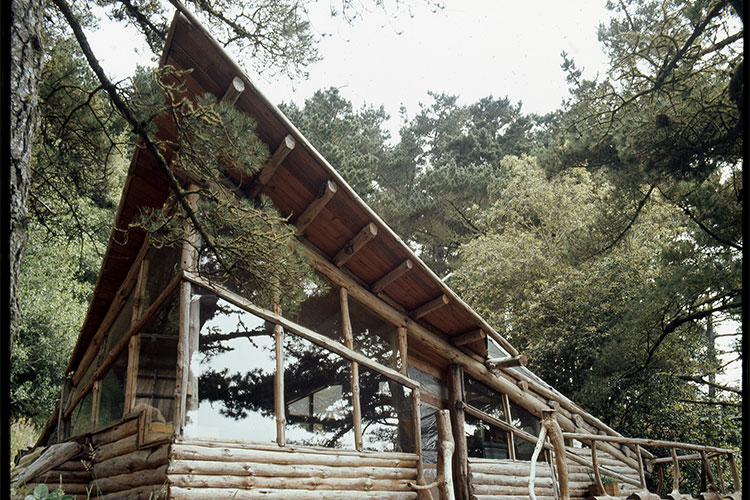 San Francisco’s Human Be-In of January 1967 announced the emergence of a counterculture that came to define its decade. Peace protests, utopian social experiments, environmental activism, and civil rights struggles generated the equally radical forms of art, architecture, and design explored in Hippie Modernism: The Struggle for Utopia at the Berkeley Art Museum and Pacific Film Archive (BAMPFA) through May 21.

The term “hippie modernism” suggests the provocative and productive clash of world views that converged in the Bay Area. Its counterculture, far from the stereotype of a self-serving “lifestyle” movement, included activists seeking social transformation through low- and high-tech tools, ethnic militants creating safe zones for community preservation, “back-to-the-land” urban dropouts, designers addressing an impending ecological crisis through innovation and invention, and artists ignoring conventions imposed by the marketplace.

“Create the condition you describe,” the art-as-life manifesto of San Francisco’s anarchic Digger community, reverberates through the works displayed in Hippie Modernism, the first international collection of alternative visions of art, architecture, and design influenced by the counterculture and its principles of peace, love, protest, and free creation – ideals as relevant to the struggle for social transformation today as they were fifty years ago.