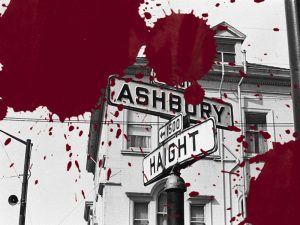 Haight-Ashbury was filled with more than marijuana and music in the summer of 1967.

For many, the Summer of Love inspires visions of hippies laughing as they strolled arm-in-arm through Haight-Ashbury, flowers in their hair, joints in hand, Jefferson Airplane playing in the background. Such activities certainly took place, but 1967 saw more than just love and peace. Police clashed with the community, city officials condemned the hippie movement, STDs were rampant, and drug overdoses and murders were not uncommon.