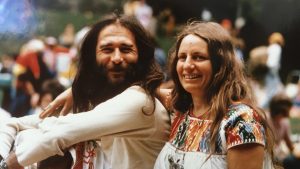 The Summer of Love swept through San Francisco in a tie-dyed haze of sex, drugs and rock ’n’ roll in 1967, turning the Haight-Ashbury neighborhood into a hippie haven of acid trips and musical awakenings. But for many of the Jewish kids who flocked to the Haight a half-century ago, there was something else — a search for spirituality and meaning they felt was absent in the synagogues of their parents. Jews were a disproportionate part of the scene, with contemporaneous and current accounts suggesting they made up a quarter to a third of the thousands of hippies who lived in — or flocked to — the Haight that summer. Read more here