#Onthisday 50 years ago, UC President Clark Kerr was fired by the UC Regents 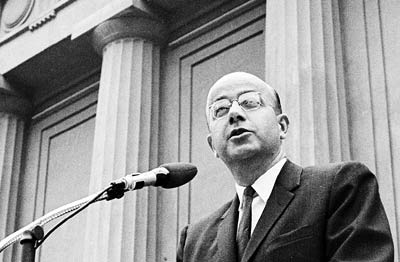 On January 20th, 1967, Clark Kerr was fired as President of the University of California by the UC Board of Regents. Kerr’s firing was many years in the making, dating back to then-FBI director J. Edgar Hoover efforts to persuade Kerr to crack down hard on Berkeley students involved in the 1964 Free Speech Movement. Learn More →