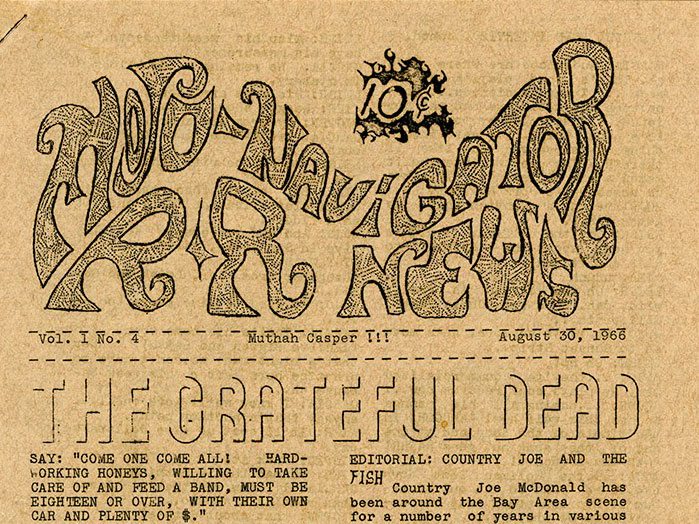 The wild going-ons of San Francisco’s psych rock scene were recorded in the West Coast’s first rock & roll magazine Mojo Navigator R&R News. Its premier issue, published by teenagers David Harris and Greg Shaw on August 8, 1966, includes a colophon stating the Mojo Publishing Company, at 2707 McAllister Street, San Francisco, would publish weekly. The mimeographed, stapled zine did not stick too closely to this arduous weekly schedule – presumably its young editors were busy attending the many musical performances, light shows, be-ins and happenings that Mojo Navigator covered in its gossip and events columns. Instead, only fourteen issues were published beginning in August of 1966 and ceasing sometime in 1967. But these fourteen issues included interviews with bands that would come to be known as seminal rock & roll artists, and the short-lived zine would be considered a major influence for the creation and publication of Rolling Stone magazine. Learn More →