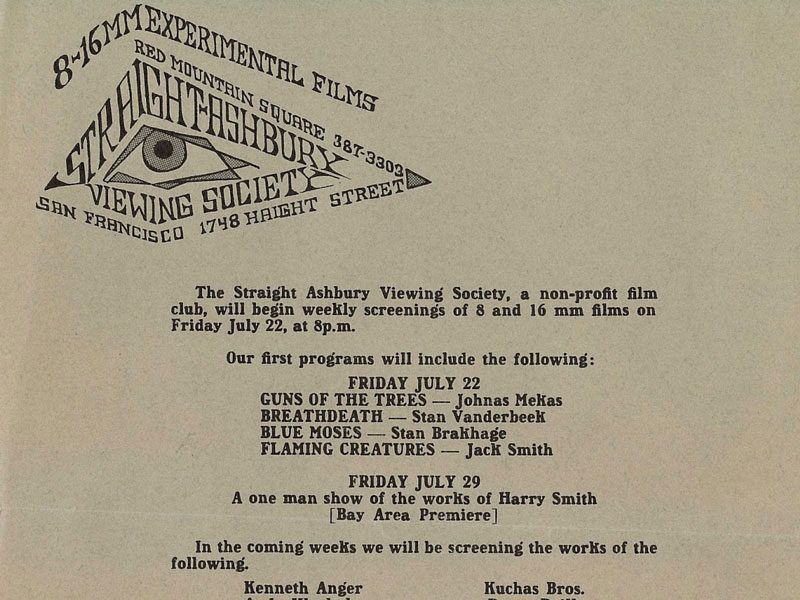 The Bay Area has long provided experimental filmmakers with an embracing enclave in which to share their films with eager, appreciative audiences. This early flyer for the Straight Ashbury Viewing Society, most likely from 1966, advertises a non-profit film club screening 8 and 16 millimeter film. By the looks of this flyer the fledgling film society seemed pretty attuned to the impact many of their featured filmmakers would have on American cinema. Learn More →